((This is a journal entry from my character Jordana. She tends to write things in quite sporadically. Here she’ll be detailing things she feels passionate about, her inner emotions, dark secrets, and maybe some stuff about her mental state as well. Unless someone were to find this journal they would not know any of these things IC. The journal itself is a small black leather notebook with a pen stuck inside it. Her handwriting is in cursive and it looks very neat. The journal’s usually in her backpack, underneath all the other shit in there or in her apartment, lying on her dresser. If anyone wants to RP going through her stuff and finding it, shoot me an IM. I’d be more than happy to help out. She’ll probably shit-talk a LOT of people in here, please don’t take offense OOC. Anyways, I’ll stop rambling and let you read what you came for.))

2016. A new year. It feels so strange to even write that. I’ve been repeating it to myself in my head, trying to wrap my head around it. I didn’t even think I’d be alive in 2015… Maybe this thing won’t kill us all. Maybe we can overcome the zombies and the raiders and people who terrorize us. Our nightmares. 2015 was… strange for me, to say the very least. I became a murderer, then I met amazing people, and finally I began managing a business. That’s… scary. I feel like people forget I’m only a teenager. I feel like I forget I’m just a teenager. Just a girl. I’m not ready to be doing all this. I just wanna go back to my family and my boyfriend. Maybe I tried growing up too fast. Graduating a semester early, moving out so soon…. I don’t know. I guess I’ll never know. They’re probably all dead now anyways. I’ve mourned them and moved on. I suppose now I must grow up and get over it.

This week has been insane. Buffy’s dead. She literally blew up. Even in death that bitch still hurt people. Good riddance. A plague has been wiped from this earth. She blew up the VPA building. Almost killed Ashes and a few other people. I had to help Tisha treat a burn victim. Guy looked ready to die. And then I had to treat one by myself! I’m not a fucking doctor, I don’t have the training for that shit. I think I did it right though. I mean, I watched what Tisha was doing and so I just did the same thing that she did to the other guy the night before. It was scary, but it felt nice… It felt like I was really helping people and I enjoyed that. Maybe I would’ve been a good doctor or something had this all not happened. When I found Ashes still mourning over Buffy I kinda… exploded. I know, I know poor choice of words. But there’s really no other way to say it. I went off on her. I was emotional and angry and I think it was a bit unnecessary. Maybe I should apologize. I know she’s at the hospital a lot, so maybe I’ll head down there later to check and see if she’s there. If she is, I’ll apologize.

Lina’s been living with me lately, she’s been a bit sick recently. She is getting a lot better though. I’m happy. I was worried for a while there. I haven’t seen Brett in a while and I’m a little worried honestly. I’ll have to check in on him soon. The Dollhouse has been so empty lately. I guess people would rather sit in their own filth than come take a bath and get a haircut. Disgusting. We got some new soaps recently that smell absolutely amazing. I have some more hair dye and bleach, I’m considering dying it again. I’m not sure though. I still have to think about it. I’ve also thought about cutting my hair, but I don’t think I will. Not yet anyways. Just gonna keep trimming it for now.

Things have finally calmed down. Maybe now with Buffy dead things will go back to normal. I know it sounds evil, but I’m honestly glad the woman is dead. She crucified people. Literally. She murdered and hurt my friends. I was shot because of her people. I have no sympathy for her or anyone who supports her. Her death was a blessing to this town. I only wish I would’ve done something about it beforehand… Earlier. Before it escalated to this. I know the rest of her people are probably hiding in that damn church. I’m considering just burning the fucker to the ground still. My plan from before kinda fell through, but it doesn’t matter now. Now that she’s gone they’ll eventually fall apart.

I’m getting better. Much better. The nightmares have stopped. I don’t see their faces anymore. I don’t see the pregnant woman or her unborn baby. I just sleep. It’s so relieving with Lina here. She helps out a lot. It’s comforting to know that I’m not alone. I like it. I missed having someone there living with me. Once Brett moved out it felt so empty, but things are better now. I’m grateful for everything that has happened recently. I think 2016 will be a better year for me. I certainly hope it’s better for everyone else too. Thank you Arklay.

*beneath her signature is a small scribbled drawing that resembles this* 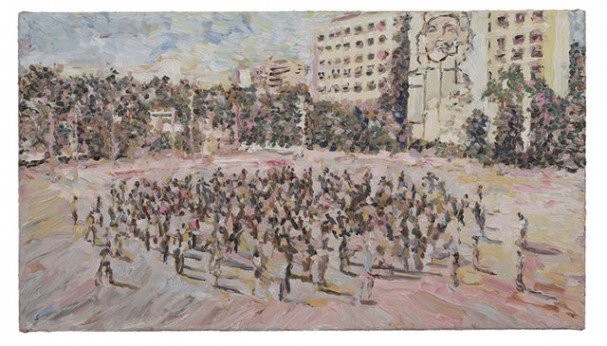