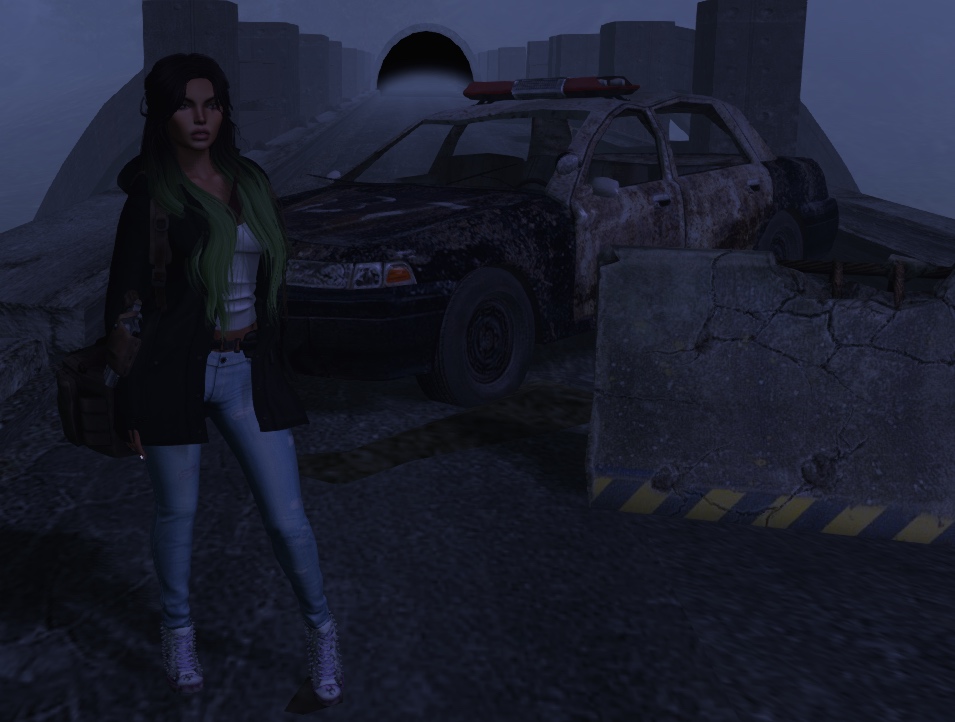 ((This is a journal entry from my character Jordana. She tends to write things in quite sporadically. Here she’ll be detailing things she feels passionate about, her inner emotions and mental workings, and dark secrets. Unless someone were to find this journal they would not know any of these things IC. The journal itself is a small black leather notebook with a pen stuck inside it. Her handwriting is in cursive and it usually looks very neat, unless rushed. The journal’s usually in her purse, underneath her makeup, phone, gun, and money or in her apartment, lying on her dresser. If anyone wants to RP going through her stuff and reading it, shoot me an IM. I’d be more than happy to help out. Currently, she is not in Arklay. She’s left to go on a journey to confront a group of people. However, she will most likely be returning so I’m going to continue to update her journal so you can all witness things from her side of the story. Anyways, I’ll stop rambling and let you read what you came for.))

I left them. Just like that. I left Brett and Lina behind. I left Brett a key to my apartment so he could get in there and help Lina if she’s still sick. I left Lina a ton of cash I had from working at the Dollhouse. Should pay for the rent long enough until I’m back, if I even come back. I’m going to see Ryden and Davie. I’ve been exposed in Arklay apparently. Someone knows my real name. That means they either went through my stuff, or they were sent to kill me. Either way, it’s no good. Can’t have someone exposing me to the town as a babykiller. Not while I’m there at least. I’m in some suburban neighborhood not too far outside of Arklay. Squatting in one of these houses. It was empty, thankfully. Had to kill a few zombies to get inside though. Never fun. Think I’m gonna sleep for a bit. Will write more later.

It was hard to leave Brett like that. He was the last person I saw in Arklay. I told him the truth. About how I felt. He was awkward per usual, but that’s no surprise. I got to kiss him one last time which was…. nice. Honestly, it almost made me change my mind. Just stay there with him. I wish I could’ve. I still think about running back sometimes. But that would only endanger him, and Arklay in its entirety. I hope I come out of this alive. I wanna go back there. I wanna see him again.

I’m just glad he knows I love him.

It was easier to leave Lina, but that’s because she didn’t confront me about it. I left while she was asleep like a coward. Left her a note and just ran. Maybe I’m a shitty friend for that, but it’s what had to be done. Brett was there when I decided to leave, that’s the only reason I let him know. Can’t just walk out pretending to be fine. The note explains a lot. I hope she understands how much I love her and that I’m doing this to protect everyone. Ryden and Davie’s group… They don’t care. They’ll tear apart a whole community just to kill one person. I’ve seen them do it before. I don’t want them to do it to Arklay. I don’t want my friends and all the innocent people there to die. I love Arklay. It’s my home.

Fuck. I ended up passing out again. I’ve left the neighborhood near Arklay. Songbird Court, or something like that. I managed to meet up with a group of survivors who are heading to Nevada as well. I’ll stay with them for a bit, but we’re gonna have to part ways eventually. They know that though. I made sure they understood. Didn’t reveal anything. Ended up lying, actually. Said I had to reunite with my family. This group is a family I think, so they understood. It hit them a bit harder then it would have other groups. They have a truck, with a ton of gas cans in the back. I don’t think we’ll have much trouble getting there. Just as long as we don’t get caught up on highways or abandoned car pileups. Should only be a few hours at the rate we’re driving. Not gonna lie, I was pretty surprised when I saw some sixty-something year old grandma start driving like she was on a race track. A little scared too. It’s so weird seeing old people out here. I haven’t seen many and they seem so rare. I’m gonna sleep, or at least try, and I’ll write more when I wake up.

Holy fuck. Holy fuck. Holy fuck. I woke up and there were explosions. Like bombs or something. Holy fucking shit. I think I had a heart attack. I thought I was dead. Grandma’s still driving though. Her grandkids, or whoever they are, are terrified out of their fucking minds and I don’t blame them. What the fuck is going on?! I wonder if other countries are bombing us or som

We got hurt. They’re dead. Well, not all of them. The road had a crack, like a huge crack, and the grandma wasn’t paying attention and then she swerved and we flipped and…

We’re lucky the truck didn’t explode. Think I may have broken my wrist. There’s not much I can do except wrap it and hope for the best, so that’s exactly what I did. I can’t really ‘tell’ if it’s broken but it hurts like HELL. I’ll probably need a proper x-ray to actually tell if it’s broken or not and that fucking sucks considering there’s not exactly an abundance of x-ray machines around. Luckily, it’s my left wrist and not the right wrist. Probably wouldn’t be writing this then. I took some painkillers, so I can’t really feel much right now.

Grandma’s dead. Two of the kids are dead. The ‘dad’ of the family broke his leg or something. The mom is alive, she seems to be fine. So does her daughter. Well, physically at least. They’re both a mental mess right now and I don’t blame ’em. The lady’s kids just died and the girl lost a sister and a brother. Not easy shit. I suppose I should be reacting to this a bit worse than I am right now, but when you’ve seen as many dead people as I have things begin to lose their touch. Their fear factor, I guess I’ll say. Still, the gorey stuff grosses me out and these deaths weren’t exactly ‘clean’. Grandma’s skull is smashed against the steering wheel, and her neck is broken, I’m assuming when we flipped that happened. We’re really fucking lucky that the truck didn’t explode. There was so much fucking gas I’m surprised we’re not all dead. Still, we got away from things, just in case it attracted any zombies. And if it were to explode, we’d be completely utterly fucked. We’re on foot now, no clue where we are. I think we’re in Nevada, but I can’t be too sure. I’m glad I left my phone in the apartment, or else it’d be completely fucked right now. Kinda miss the music on it though. Fuck. Three people just died and I’m talking about music on my phone. Great going Jasmine, or Jordana. Whoever the fuck I am. Guess it doesn’t really matter. Just wanna go home. I’m starting to regret this little trip.

Had to set up camp in a gas station last night. The dad’s leg is super fucked. He can barely walk, even with people helping him. We need a car. And a doctor. I tried setting it, but I only really know first aid. It’s not exactly like I know a ton about fixing broken bones. We’re moving slow. Like super slow. Like dangerously slow. Would it be uber shitty of me to leave these people? It’d be like directly feeding them to the zombies. Fuck. I’m gonna have to help them, aren’t I? Great. Maybe we’ll come across another group soon. Or another entire fucking community. I need to find a radio, see if anyone’s on anything. Maybe a community would be broadcasting their location or some shit, or maybe I’ve just played far too many video games. Guess we’ll find out eventually.

So… we found a community, but it’s not exactly what you expected. It’s not like the Walking Dead or something, where there’s a whole town or neighborhood surrounded by big metal walls and gates. Nope. It was just a really, really, really fortified house. And by fortified I mean: boarded up windows and barred doors. There’s a cellar people use to get in and out. Seems pretty dangerous to only have one exit, but apparently they can open the front door from the inside. There’s at least thirty people living in this house. It’s a relatively big house though, so it’s doable. Just very…. crammed. I think there’s like three floors, but I don’t know. I haven’t really looked around I don’t plan on staying. Just dropping off the family and then heading to Ryden and Davie. The community was nice enough to give me a map and point out where we currently are. I’ve got a long way to go. I gotta go all the way to Lamoille and I’m only in some fucking place called Wadsworth. Who names a town Wadsworth?! That’s just fuckin’ weird. Whatever, guess I’ve got a long walk ahead of me. Gonna sleep here for the night, then ditch the family and head down to Lamoille. That’s where they usually stay around.

Have a good night, whoever the hell is reading this.