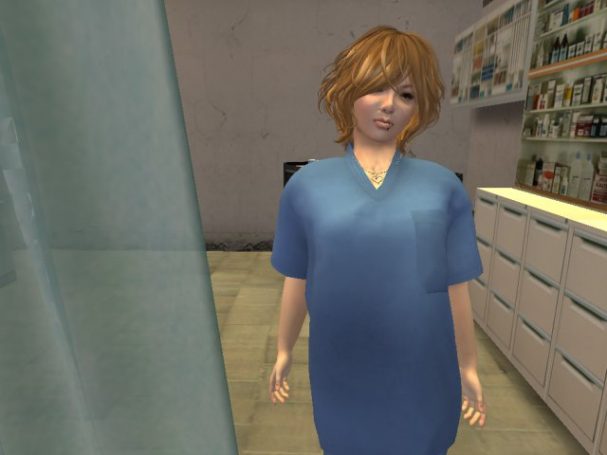 Well, journal. Tonight, I think I’ll finally be too tired to have that nightmare again. First full day of workin and the people poured in. Or it seemed like it.

The first woman had to be carried in by another male. She was pretty messed up. Won’t go into details here. Not my place to. But it was so beyond anything I knew how to do. So, I ended up just helpin the doc out that was available at the time.

The guy that brought her in had been worried enough that he’d forgotten to take his guns off outside. Got the guard all riled up for sure. However, he went back out and handed them over right nice for me. That way he could go sit up with his girlfriend or whatever their relationship is.

Then, I was bout to get back into my own clothes when Alita comes in. I came across her the other day and brought her back to the shelter. Had to talk her through things cause she was so jittery. She had gotten herself messed up but not too bad. Took a few stitches. She looked bad enough had to set her up with an IV upstairs to take care of her.

Poor thing started flashing back on some of the horrible things she had lived through. Wasn’t pretty to hear but I stuck it out. It would have been enough to awaken my nightmares this evening but like I said. I think I’m tired enough that I’ll pass out till the sun comes up.

Either way, maybe one day I’ll actually have to use my psychology skills on people. But for now, I have to go mop the floor from the blood that one of the patients dripped across the floor.