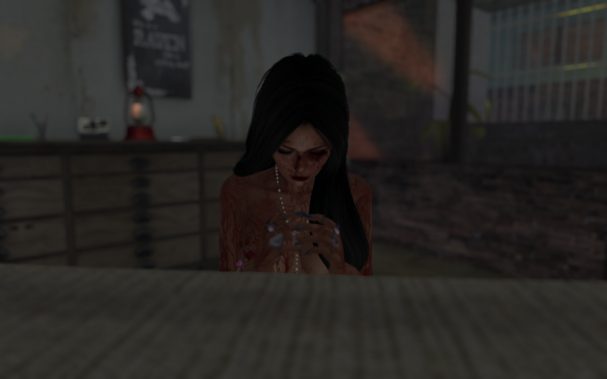 So, this isn’t really a journal entry so I don’t know why I’m writing this, but I’m still gonna treat it as one.

I realized something today. If I’m to die and someone finds this journal, they won’t know who I am other than my friends, my dog, and the things I’ve done. I want these people to know who I am if this is found. So, here I go. All about me. My full name is Jasmine Jordana Bloom. At the time of this writing I am twenty one years old. My favorite color is purple. I like clothes and dogs and weed and art and music and video games and books and interior design and so many other fucking things that we used to be able to enjoy before everything went to complete shit. Now all I do is complain, like a grumpy old man. I guess we all do, though. I was born June 13th, 1996. My dad ran off before I was born and my mom was all alone, depending on herself. When I was about 5 years old she got real sick. My grandmother had to move in with us and help support us. She worked constantly. Fed me. Made sure I had nice clothes and anything I needed or wanted. Drove me to school. Did everything. My mom was sick in bed most of the time or strung out on pain meds, and she couldn’t drive. She was nearly blind and she was epileptic. Too risky. So my grandmother became my mother. When I got older my mom got a little better. After I graduated high school my grandmother was able to move back in with my grandpa, and my mom and I could live on her own. I moved out to Los Angeles just before my eighteenth birthday. I was scared of being stuck taking care of my mom for the rest of my life. I wanted to act. So I got in a few commercials and a few non-speaking roles in shitty TV shows. It didn’t really worked out and I ended up waitressing. Luckily, I met a guy there. His name was Ricky and he was about 7 years older than me, but I didn’t care. He made me feel safe and took care of me. After a few months I moved in with him to a place in San Diego. It was amazing. I made so many new friends and just overall amazing people were in my life. I was lucky. I was still waitressing, but I was gonna get a better job working for a salon and spa near the house. I was getting certified and everything. I never got certified. Ended up visiting Ricky’s parents outside of Arklay when everything went down. I escaped, they didn’t. I got out of there. Few months later ended up being captured by raiders. They told me either join or die, so I joined. They made me do despicable things. I was forced to murder too many innocent people in the name of greed and lust. I murdered people and hurt them and ruined lives. For what? An extra fucking can of food? Wasn’t worth it looking back. The straw that broke the camel’s back was this pregnant lady. I wanted to let her live and save her so bad. Tell her to just run off into the forest and never look back. But it was too risky. There were others around me, and if someone had seen that I’d let her live… the punishment to both her and myself would be much worse than what I did to her. After that I left. I ran as soon as I could. I should’ve taken them out though. They’re possessive. If you join them, you stay with them till death. You can’t leave. And I knew that, so I hid. I went back to Arklay and hid. That’s where I started over. Went by my middle name and met amazing people. Not many of those people are left now. Eventually the raiders I was with found me and got me. Almost killed me a few times. I was able to kill quite a few of them, and I’m not worried about them now. When I got back to Arklay my friends were missing, so I went all the way down to Mexico with a few other folks to look for ’em. I didn’t find them and caused the death of some people who were very dear to me on the way back. I have sinned. I have done horrible things. But I beg for redemption. From God. From whoever’s reading this. Please. Understand that I’ve now devoted my life to helping people. I want to fix things and keep us safe. I work at the garage as security, and I try to come up with new fortifications for the island whenever an idea hits me. Please. Forgive me. I do not deserve it, I know, but I am willing to do anything to be redeemed. I’m not often a religious person, but the idea of suffering an eternity in hell for what I’ve done to people is too horrifying to accept. So I want to change and be forgiven and redeem myself. Then again, maybe I’m already in hell. Maybe this has become hell to the great sinners of earth, the survivors, and now we are forced to live like this until the day we die. I hope that it’s not true.