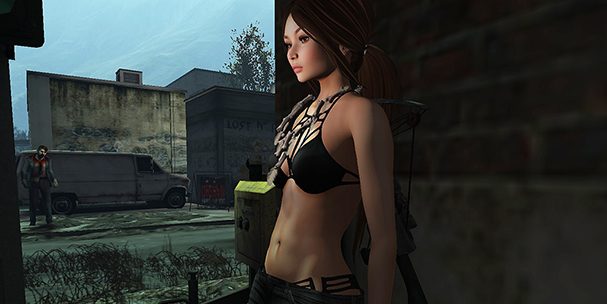 Organic chemistry was one of the worst classes I’ve ever taken. It was one of those shit classes I had to take before I could get to the good stuff, get my hands dirty, and learn what I really wanted to learn. I used to sit in the front of the class, watching the clock on the wall tick-tick-tick, inching by the three, then the six, and so on. I remembered every minute that passed and every day that grew closer to the final. It seemed like an eternity. And now here I sit, propped up on a stool in a bar staring at Charlie’s perfectly-gelled hair wishing like crazy I was back in that class. Because when I was in that class, time had meaning.

Now days go by and I don’t know how long I’ve been here. A week? I’ve lost track, but a couple days ago I witnessed a complete miracle- a lunar eclipse that darkened the entire island of Arklay. It was the damnedest thing— as if me being here were meant to be. My paw once told me that our people once believed that an eclipse was a frog eating the sun. They would bang on drums, dance, and holler like crazy to try to scare the frog away. If we did that now, what’s left of us would be swallowed by the undead.

Aside from the guts and brains hiding in the shadows waiting to feed, life feels somewhat normal. I’m meeting new people- real, living people. I even started a small garden behind the house Brad and I hunker down at with some seeds I’ve had with me since home. Most of my days are spent in the woods hunting, though. I hunt for game so I can keep me and Brad fed, and I look around for any wild plants that could be useful. I’m trying to grow some aloe, but it’s slow going. At least there’s enough to put on my smaller scratches and dry lips. At night, I spend a lot of time working or trying to sell some of the game I find in the woods. It’s not a glamorous life, but it’s an actual life. A real living . I was never all that into being glamorous anyway.