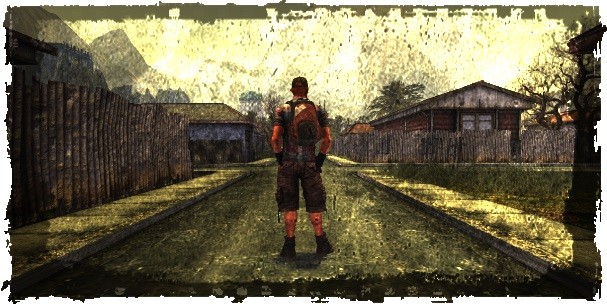 Been a couple days since I made an update. Been a little busy here and there. Put some hours in at the shelter. Did some digging around and found a nice set of cold weather gear. Ate corn right out the can and drank some water. Went onto work.

Without the other staff, shelter business has been kinda lonely as of late. Recently, it’s only been me on the floor. Guess Vince and Sea be off doing their own thing together. What that is. Couple new folks came in from the main land out there. All by myself up there, these folks been keeping me busy.

There’s a girl who said she been at the shelter for awhile. Name’s Smehka. Don’t recall seeing her before. Seemed to know her place around already. Guess, at most, she ain’t been here for more than a few days.

Later in the afternoon came Colt. Colette Pendragon I learned her name was, but she goes by Colt. Came with a lady named Amy. They seem pretty attached. Left together after she had that required physical done.

Then came in a couple folks, Darcy and Joran. They’re from the same small town. Don’t know where that is exactly. Thought they were lovers at first, but it wasn’t right. The two is just really good childhood friends. Neither one of them don’t like to be apart from one another. Nice folks, hope they stay.

Darcy used to be a school teacher. Taught elementary grade, I think. She’s hopeful to find some work here, but there ain’t much teaching children these days. Haven’t really seen any kids around-live kids, that is. Recommended maybe she work in the bookstore.

Joran’s pretty much a small town bro. Into sports, cars, was into drinking. Had just quit the bottle a few days before the dead came up again. Been sober ever since. Said maybe he should try and find work at Dixon’s. He seemed up for it.

Got low on welcome baskets handing them all out. Had to break into my own stash to make ends meet. Gave up a can of artichokes and a water for Darcy. Took back from the shelter stash for what I gave: grilled fish and a bottle water.

There was a nurse by the name of Skoll that helped do these exams. Ain’t ever seen him before. Seems like a nice enough fellow. Bantered for a bit. Complimented by beard, and I said much the same to his. Maybe we’ll run into each other again.

Went for my routine salvage run after work. Found ANOTHER can of cat food. What am I supposed to do with all this? I ain’t gonna eat it. Maybe I’ll sell it. There’s a new… Pet store? Clothing shop? I don’t know, it’s kind of a mix of the two. Maybe I’ll see if they’d be willing to buy this feed.

Been poking through piles, digging real deep for some wood. Found a couple bits here and there. Starting to build up a nice stockpile. Gonna use it all to reinforce the windows. With that fence I’m gonna put up soon, if I can find a gate, this little home of mine is gonna be a place to stay.

After all that running around, went home for dinner. Heated up some corn on that nice hotplate I got. Takes awhile to cook, but does the trick. Drank some water too. Went to bed soon after. Didn’t sleep real well. Thought I heard noises outside all night long. Suburbs seem to be getting real active. Need to be more careful coming in and out of here, especially when it’s dark.

In the morning, woke up with a real dry mouth. Drank some water and went on picking again. Found more wood. There was an extra special thing in the salvage today: HONEY! I heard this thing goes for a pretty penny here in Arklay. Gonna shop around for the highest bidder and then sell it off.

Dropped everything off at home and went to work. Met up with Tanner at the door. Said someone had been rushed in for some kind of emergency. In the lobby, I found Paul and some guy I don’t know. There was all staring behind the curtain. Think I head Sin back there with another guy. Couldn’t place that other voice. Didn’t sound like he was doing too great though. Didn’t wanna get in the way or pry, so I just made my way upstairs.

Things were pretty quiet again that evening until we had an unusual visit. Girl with the orange hair from the Dollhouse bath, she showed up. Asked for a place to stay a couple days. Think she’s been around town for awhile, so the shelter ain’t really for her. Said she could maybe rest here for a bit, but she’s gotta earn it. Put her to cleaning up the bathroom. It’s clean enough. She didn’t do a real good job at it, but that’s likely due to her doing a quick rub down of the place.

She came back around to the kitchen just as I was finishing up some pans. Got to talking a bit. Just some real casual getting to know each other. Told her I’m from Nebraska. She’s from Oregon. She said if you look out the window here, everything seems pretty normal. Seeing through grime covered glasses, things do look normal. You can hardly notice the dead guy hanging out on the hospital’s entryway roof.

I see that guy every day. Don’t know who he is. I’ve been thinking in my head that I’d call him Steve. Looks like he may of been a nurse, by the scrubs he’s got on. Nurse Steve. Sounds weird. Anyway, someone should really get to pulling him down at some point.

That orange haired girl went to bed soon after. Took my time cleaning up the kitchen and then headed downstairs. Thought my day of work was done, but it wasn’t over yet. I just happened to bump into some lady looking for shelter.

Ember’s her name. She’s totally new to Arklay. Heard about this place from the mainland. Seemed like she was dinged and pinged up a bit, but looked healthy enough. She needed some rest though, and it was real evident.

Gave her a welcome box, showed her around. She had a few questions, the same questions everyone new has. Answered them as best I could.

Said she was a nurse at one time. Said that was great and she didn’t have to go far to find work. She could just take up a job here in the hospital. There’s only about a handful of medical staff on hand. Likely, the place could use more. Short staffed as it is, Ember seemed real impressed there was anyone here at all.

That was about all we got to talking about. She went to bed soon after. At last, I could go on my merry little way. Before going home, I stopped by one of my usual junk piles. Found a can of macaroni. That’s gonna be a nice change from corn.

I’m at home now, sitting on the couch left behind the last resident. It’s pretty dark out there and much the same in here. I’m straining my eyes trying to catch the light of nearby houses through the window. It’s not an easy task. I need to find some kind of lantern. Also, a lighter. Haven’t been able to smoke these cigarettes yet.

Tomorrow, it’s back to the same routine. Get up, get ready, eat, head out, work, and salvage. Salvage don’t wait for nobody, I always say. At some point, I need to go up to the Dollhouse and see if they got any odd jobs for me. I really like helping them folks out.

Gonna break down the inventory a little bit. It’s getting cluttered.