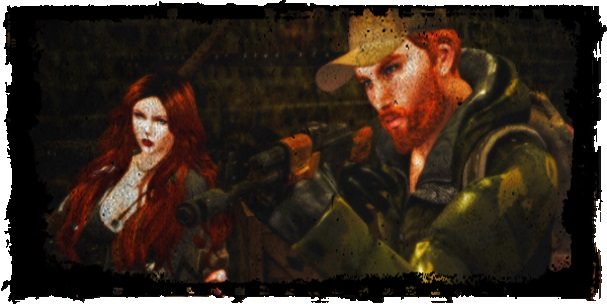 Day 201 of being on Arklay Island.

Been a bit since I last updated. Better late than never though, am I right? At least I’m still making updates to this thing. My story’s still going on when others have stopped. Should say I’m thankful for that, but honestly I couldn’t. What’s there to living in a time like this?

Don’t got no goals personally. Everything I been doing’s for the shelter. It needs food, it always needs food. Water’s in higher demand. Winter’s coming and now there’s a call for warm clothes and blankets. Can’t make them things just appear. Would if I could, probably. It’d keep the shelter running and that’s pretty much been my sole focus for right now. Keep the shelter running, keep bringing in new arrivals, new supplies, new welcome baskets made, new everything to replace the old. People show their gratitude, so it ain’t a thankless job. I get paid for it, pretty well too, so it’s not like the money’s not worth it.

The shelter’s pretty much become me. Maybe I’ve become it. I don’t know where the line’s drawn. Really, I need to find something more for myself out there. Must be something else. Just a little something extra I can be a part of where I’m not responsible for everything. I’ve not had a day off in weeks, maybe months. The only time I really feel like myself, when I’m good, is when I’m on a run.

S-Mart had a posting for a run. Charlie would take whoever out in his van to some little place off the island. Put down the AES on a list and got the word out. Not too many showed up, but I appreciate the ones that did. Having Vanora, Kendall, and Ai there with me made for a good team. Started off a bit later than I’d liked, but eventually we managed to head off.

Didn’t get too far before the van broke down. Right in front of the creepiest warehouse possible. Of course. I’m lucky, but not that lucky. Guess it could of been a worse location; right off a cliff into a pit of infected on fire. That would be bad.

Still, we made the best of a run. Didn’t have a whole lot of trouble. Found a bit of loot here and there. One of the dead almost ate Kendall, but teamwork saved the day. I didn’t especially help out in that though, but the others pulled through. I was kept to watch our back mostly. Nothing creeped up on us though, fortunately.

There was a bit of a snag however. We weren’t alone. Kendall put her flashlight down a hall, and there was another beam of light right smack there meeting it! Whole crew freaked out and took to scrambling for cover. Can’t say I didn’t do the same. Vanora though, like a champ she took point.

Wasn’t hard to find the source, there was a lot of noise coming from that direction. What we found as a guy, an Asian guy. Didn’t speak no English. He just jabbered, think he was pleading with us not to shoot. I remember he had his hands up-for a moment. Then he buried his face in both hands and started bawling. Pretty sure he thought we was going to shoot him. Not sure if it was all an act though. The guy generally seemed scared, but didn’t piss his pants. Pants pissing’s a good indicator of fear most times.

So, this little guy became our trophy hostage for a bit. He lasted only so much until we all made it back to load up the van. Then he started shouting and booked it off into the woods. Guess that was a sign someone was waiting for. As the team scrambled to get all into the van, we were bombarded! All his little hooligan friends came out with flashlights, torches, and weapons. Not too many had guns, fortunately, and none seemed too good of a shot. Van got a few new holes in it, but at least we all made it out in one piece.

Loot was pretty decent. Didn’t find nothing to really help our survival. Useful things for sure, but nothing quite what we was looking for. Medicine was priority, but there was none of it. Found a bit of food, but not a whole lot. Some little things were found here and there, a bit of scrap to reuse. No real highlights other than the hatchet I pulled from a corpse. Finder’s keepers. Mine now. Not like the dead dude’s going to need it anymore.

None of us talked about the run after that. Was a whole lot of hours spent in that warehouse and the effort didn’t turn out much. I know I don’t want to bring it up. I’d say I’m a bit salty with the results. But, that’s scavenge runs for you; sometimes you win big, sometimes you win small. You’re lucky to walk out alive and with anything at all.

I like that element of danger though. No, that’s not right. I like getting out off the island. I like the surprise and the risk that’s found outside the island. I like the potential for reward out there. The big hauls, that’s what I’m crazy after. Never, not once, have I said to myself, “Just one more time, and then I’ll stop.” I’m not waiting for the big payoff after a run to retire. Not yet. It’s not so much keeping or hoarding what I find. The thrill’s just in the adventure for me. Bigger the payout, bigger the thrill.

The only other thing I’m keen on doing, and this is a big one, is wiping out the dead. Their fewer numbers help ensure our survival. That’s the whole gallant white knight approach to it. Really though, I’m just pretty fond of knocking them down to the point they don’t get up again. I’m not real picky about the target, not really much at all. A living target’s fine too, but I’m not about to go shooting up the town square here. I’m into the bigger badder game: raiders. Now, there’s a prime target. The dangerous game’s always the one that’s more fun to play.

Golden opportunity came up for some dead punting. Paul wanted help to clean out the Deimos building. I like the idea he’s got for building up a kind of network for the town, so I joined up for that. Now, the dead that surprised us was a real treat. Must of been maybe seven of them that showed up. I, myself put down three: two cops and what used to be a girl. Cops got easy strikes to the head. That infected girl though, she didn’t go down easy. One smack to the skull with a crowbar and she just convulsed on the ground. Took a few boot stomps to the head to make her stop. Got a piece of candy out of it! Now, I could do that all day instead of picking up trash like what Paul intended for us to do on the Deimos lot.

So, the murder spree’s done for now. I don’t suppose you could really call it murder. Sure, they was people once, but not no more.Maybe it’s more like a mercy killing or could be a kind of, sort of taking the initiative of self-defense. I surely sleep better at night knowing there ain’t too many of the dead lurking by the trailer. So, that’s an added bonus. Of course, takes a bit of work to keep the fringe that way. Sometimes I just set out and put down about twenty or thirty of them in a day. Don’t happen too often, just on a whim. I sure feel better about doing it though.

Tomorrow, later today actually, there won’t be none of that. It’s Thanksgiving right here, right now. AES is hosting a little get together for it. Wasn’t my idea, was Kay’s. I’ll run with it though. Seems like it’ll be a nice little happening. It’ll be a potluck sort of thing, so at least everyone and myself will be well fed afterward. Been hunting turkeys since they appeared on the island, so we’re good to go there. Hopefully I got enough water and booze to pass around. Well, if there’s a shortage of anything we’ll just have to cross that bridge when we get there.