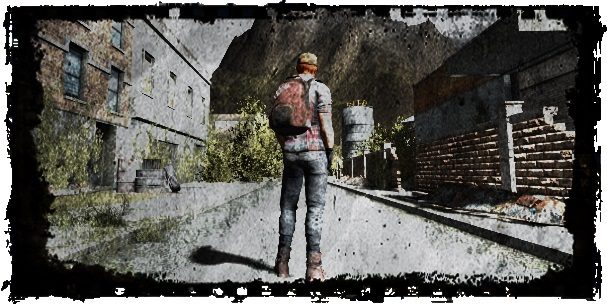 No idea what it is, but Arklay’s seen a boom of new folks. Lots of different faces, none familiar. Not any I’ve been hoping to see again. Been awhile since some of my good friends split and not returned. Sea, Vince, Val, Van, Bo, Dakota. I’ve not made many friends here on the island. The ones I’ve gotten along with split. Some didn’t even say a word. And that hurts a lot, especially from some of them there.

They dead? They alive? I’d like to know. I’d like to know where Dakota’s been these days. He ain’t shown up in a good long while. At least the others, I got some warning, but nothing from him. There’s a few words I’ve got for him whenever he comes around.

I guess maybe, there’s still some folks here that I’m pretty okay with. There’s Dr. Kay. I wouldn’t exactly call us friends. Ain’t like we hang out much outside of work. Work buddies, I guess we could call it, maybe. That might be stretching it though. Only thing we talk about is the AES. I guess that’s fine. Doubt we’d have much more in common.

And then there’s Ein, who I see on occasion. Not much. Last time, we was throwing punches in each other’s faces. Wasn’t because we was angry at one another. Was for sport, for fun. Good times! Worth the pulled shoulder. Would do again. Five out of five stars.

Anyway, for awhile now, it’s just been me, myself, and I. This trailer gets lonely without anybody else here. Used to be Dakota, and his friends, and whoever else sometimes. They just stopped dropping by though. The time alone has really helped me get a few things done though. Time ain’t wasted.

Finally broke down and bought a generator some time ago from the garage. Took Dane almost half a month to find one for me. Was worth it in the end. It rained while was hauling the thing to my place, and I had hoped the weather would clear up just long enough for us to get everything in place. Fortunately, it did, and now I’ve got the lights turned on in this tin box.

Initially, I was a bit resistant to get a generator. Brings too much heat to the place, lots of attention. There’s the noise and the sight of lights. Lately though, with the cold weather, I had to break down and get one to make these space heaters work. And with few folks dropping by my part of the fringe, I guess everything pretty much goes unnoticed here. I’m okay with the added privacy, just wish I had someone to share it with.

On a note of being abandoned, I’m the lone shelter worker now. Or was. AES picked up a new nurse, Cas, who offered to him. Usually, we don’t start handing out packages to new workers right away. Since we’re so short staffed though, I made an exception. It’s a gamble. I just hope he don’t walk off with what’s given to him. Time will tell.

Maybe something good will come from these new folks showing up. There might be something to them. They seem different somehow. More alert, aware, I guess? More comfortable in these broken down places. Guess that’s all you got on the outside of the island here. And they’ve not even had the added security of the Watchmen.

Watchman’s a new thing. Kind of like the Phoenix Collective, Keepers, and the Arklay Police before them. I don’t know if they’ll last. These sort of operations don’t seem to stick. Maybe, maybe though. Would be kinda great if they did. AES and some parts in town run into trouble with some bandits here and there. Hopefully these Watchmen will stop those shenanigans.

Nothing’s ever permanent here. Not the folks you call friends. Not the places you live in. Not even the groups of folk you’d think to depend on to keep the peace. Everything’s always changing. Is it going to be like this forever? Maybe. I don’t know. Could get used to it, but I’d much rather not.