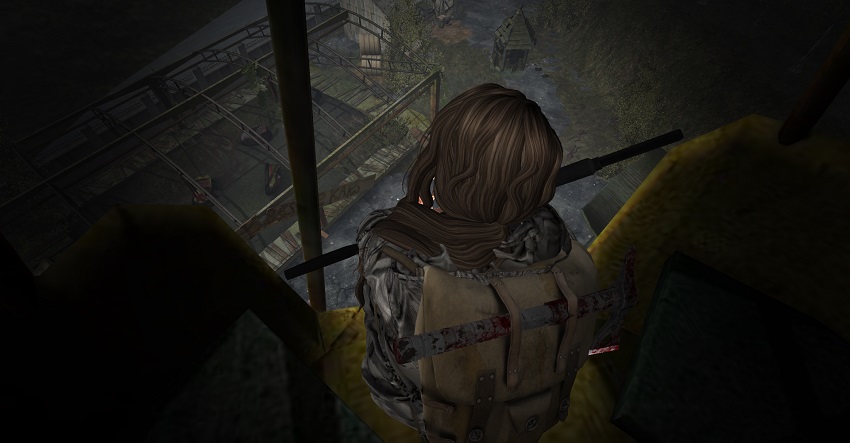 Checked my payslip for this week and feel devastated. I worked almost twice as long this week as I did last week and walked away with half the pay that I earned then. I’m going to starve at this rate! $234. That’s not even enough to cover water for two days. I’m so screwed. I’m still exhausted after fighting the dead cops last night and bitterly disappointed. I need to find other work. Do something. Get a few extra dollars in somehow and try to do it while the rest of the town sleeps. I can’t hunt well, scavenging has been coming up empty 9/10 and I’m running low on everything with little opportunity to trade. How the fuck am I going to make it? I could cry. I’m dehydrated to the point I can’t even do that.

Couldn’t sleep. Decided to try my luck in the trash one more time. For the first time in what feels like forever I found something worthwhile. Money! Well, a wallet with $50 inside to be exact! I took several steps away from the trash can where I found it and spent it immediately on 2 apples. Easy-come, easy-go. But I feel in some small manner better for the fresh produce. Sure beats cat food, I’ll tell you that much!

Went back to work after the scavenge and passed the time in the usual way; sweeping and counting stock. This must be the cleanest floor in all of Arklay, I swear it. Saw Claire earlier. She stood here in the store. She didn’t speak a word to me before she checked her gun and left. I think she’s still pissed I left AEGIS, and now in retrospect I think maybe the money would have been better, who knows? Still, I know in my heart I wasn’t cut-out to be a security guard, much less a soldier. Now that I’ve been in Arklay a little while I actually feel the need to represent the civilian population (as crazy as that sounds). Besides, if the radio transmission yesterday was anything to go by if the cure IS real, then surely we’ll need more “ordinary people” to balance the scales. I get it’s now become survival of the fittest, but where is the heart of humanity? Down the barrel of a shotgun?

Tried to hunt. What that voice on the radio said yesterday keeps playing on my mind. Waited in the woods about an hour. Gun must have jammed. Tried to shoot but didn’t work. The rabbit got away. I probably should have learned how to use the gun before I quit AEGIS. At least I’m none the worse for it and saved the bullet, there’s some positive!

Slept. Woke and headed out to scavenge again. Cat food. Better than nothing. Maybe that kid with the dog will trade me for it. Doubt it. Walking back through town I shot another dead-head. I’m not running as much as I used to. Walked to fairgrounds again and on a whim climbed the ferris wheel. The view is spectacular. How I didn’t fall I don’t know. Why I didn’t stop myself I don’t know either. It was stupid, risky behavior and yet it felt good at the time. Like another accomplishment. Funny how the world around me had to die for me to start feeling alive. Is that what this is?

On the way back to camp I stopped by the hospital. I stole. I’ve never stolen in my adult life. Again, I don’t know what force propelled me to it. There was a bag on a counter. The receptionist turned her back. I grabbed it and calmly walked out, got my gun off security, and left. I’m sitting here now looking at it feeling conflicted whether to open it or just return it. I’m tired of drinking out of stagnant wells; the memory of being sick so long not long ago still haunts me. I feel bad, and scared someone’s going to come charging through the gates to exact revenge but maybe that’s my overactive imagination, or guilt, or shame. Still haven’t heard from Dale-

Hear a noise outside. Going to investigate.