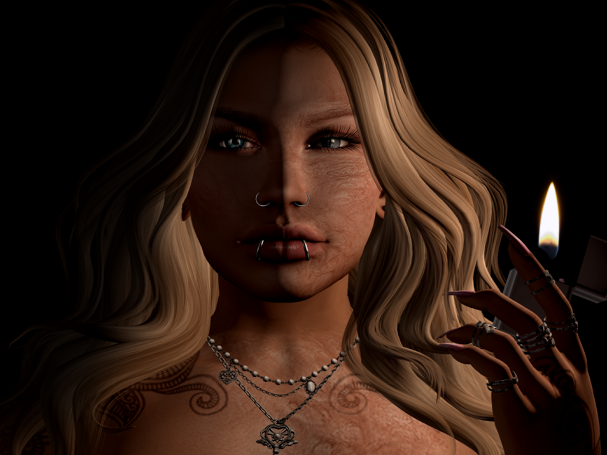 I know people look at me and wonder “what happened to her”, well after they lose that look of pity. “Oh the poor girl” they say, I hate that, and that’s the reason I avoid everyone when I can or cover up and keep my hair down. I survived after all, I’m alive and it could have been much worse, I could have ended up one of the infected.

I’ve taken over running the Arklay Trading Company now though and I guess since that’s going to have me dealing with the public, well then it’s time to answer that question.
So here’s my story from what I remember and what I’ve been told…..

The search for my sister took me into the city, but the closer I got the higher the number of infected I ran across. I decided to keep a good distance and circle around as far as I could when I ran into a small group of people living in an apartment complex. This was early on, before people were only looking out for themselves so they asked me to stay. I fell for the “you’ll be safe here while you search for your sister” and I took a room on the third floor.

Months passed and I was actually feeling safe, for the first time since the outbreak happened. I was still taking trips out around the city in search of any signs of my sister, going a little further each time and alternating directions. One day I would venture out clockwise and the next the opposite while still doing what I could to help out around the complex.

I had just got to my room after coming back in from one of my searches, I was feeling good after also managing to scavenge a few odds and ends from a delivery truck I had run across. I was in the middle of cleaning up when an almost whistling sound filled the air and quickly grew louder. Suddenly the sound stopped and the building a few floors below me erupted. Everything shook violently and I was knocked to the floor dazed with my ears ringing loudly. Oddly, I don’t remember hearing the explosion.

The ringing was replaced by people screaming, now here’s where things start to get fuzzy for me. I can remember crawling to the balcony and sliding the door open just enough to slip out and try to see what was going on. I remember seeing a large number of trucks and men in the distance, flashes of light and the sound of explosions. There was a loud hiss behind me and then came the pain, the burning, searing feeling like my soul was on fire kind of pain and the sudden sensation of flying or was it falling? Then everything just went black, I was dead, I had to be.

No, I was alive, I had survived somehow and been rescued. My recovering was long, I was in and out of consciousness for months. Not that I remember much, just the pain and people standing over me at times until I finally came around and was able to stay awake for longer periods of time. I won’t go into too much detail on my time recovering, there was just a lot of pain, tears and me screaming till I passed out each time they changed my bandages.

The short of it? I’m still here and just a little scarred, physically and emotionally, from my trial by fire.