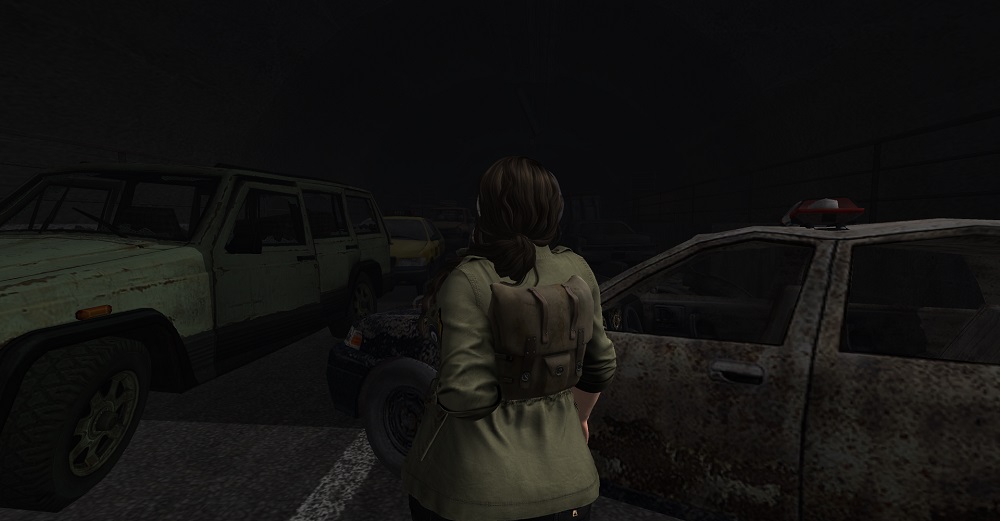 Day 3. I think. I’m already losing track of time with so much going on.

Yesterday I walked. It’s been raining all day. Dom radioed me to come to training so I trudged back into town only to find the rendezvous place at the bar, Coaches. That threw me. I had expected more sparring perhaps but what I got was the tail end of a scene where a man at the bar had, if I read the situation correctly, mouthed-off to one of the waitresses or women in the bar, and the whole room took offense and rose to her defense. Seriously it seemed like EVERYONE had their guns drawn or maybe it was just the tension of the moment. The man left after some veiled promise/threat of ‘another time’ to the one he offended and the bar flipped back to congenial on a switch. Maybe it had to be just to get some sense of normalcy back. There were free offers of moonshine and I downed one (I still think it tastes like paint stripper, not that I’ve ever drunk that to compare) but saved the other. Dom told me once it’s good for dulling pain so it may come in handy. Still, I should be used to the new way of things where the solution to everything seems to be a call to arms but the truth is I’m not. Times like these I miss Kane or Doc more than ever. Kane owned a gun store, and Doc ran with a motorcycle club and both used guns as a last resort. I guess the end of the world is nature’s way of thinning the herd even if it seems to be taking the good to leave the twitchy trigger-happy fruit behind. How much longer is the species to survive if we blow each other away over something as small as a verbal insult??

That reminds me; Dom gave me a gun. Not just any old gun, a rifle. He hasn’t even trained me to shoot yet, just handed it over, told me how to load it, told me when to use it, and that was pretty much it. Luckily I did have some however meager training back at the MC with Doc and the guys teaching me how to hold a gun and squeeze the trigger. Not pull, don’t jerk it, and don’t rest it beneath the ball of the shoulder. I learned that lesson the hard way but still I feel clumsy when I hold it. Yet another sign if ever I needed it that I wasn’t born to this like it seems everyone else is. I’m adapting, and I am thankful to have it, but it brings reality back in an overwhelming way that my life before the outbreak really is over and the Rae before that time is long gone. I miss her in some ways and the innocence she had. I guess we were all living under the delusion of control being led by the media and government back then and for all my talk of oppression then I miss it now. What is the opposite of claustrophobia? I think I have that, whatever it is. The expanse of so much space and nothingness is as overwhelming as four close walls I imagine.

Anyway after the incident at Coaches I went back to work at the S Mart and again things were quiet. The hour was late by that point and I really shouldn’t have been wandering around in the dark. The few attempts at scavenging resulted in nothing but fatigue. I drank from a well, ate from my supplies, and eventually returned back to camp. Returned home. Not sure if I’ll ever get used to this but it sure as hell beats living on the street especially in this powder-keg.